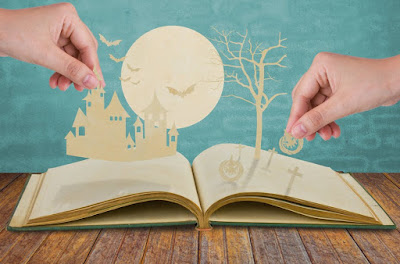 “...the secret of the Great Stories is that they have no secrets. The Great Stories are the ones you have heard and want to hear again. The ones you can enter anywhere and inhabit comfortably. They don’t deceive you with thrills and trick endings. They don’t surprise you with the unforeseen. They are as familiar as the house you live in. Or the smell of your lover’s skin. You know how they end, yet you listen as though you don’t. In the way that although you know that one day you will die, you live as though you won’t. In the Great Stories you know who lives, who dies, who finds love, who doesn’t. And yet you want to know again.
That is their mystery and their magic.”
― Arundhati Roy, The God of Small Things
Like any other reader, I too have my favourites tales which I like to read and re-read. Characters who are as real as my real life friends and some more. Places which I have visited only in these tales and yet they are so much my own. The quote above resonates in more than one ways. Familiarity with a favourite story adds to its charm. I always find difficult to deal with sequels and prequels written as fan-literature. I read many of them as they bring back to life, some of the favourite characters and sometimes add to the stories known till then. But at the same time, the new twists and new plots sometimes disappoint even enrage me. Fan literature of Jane Austen’s Pride and Prejudice is a good example of that. There have been numerous searches into the finer points of Elizabeth’s and Darcy’s characters. Some sequels make monsters out of them others try to find modern sensibilities in their tale. I am not sure I like either. 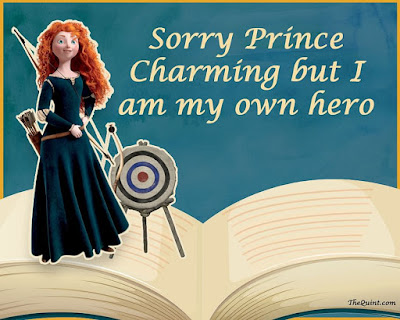 But retelling of stories is not limited to modern classics. Fairy tales have been written and re-written with numerous versions over the years. From Victorian purists to BBC and Disney’s adaptations, several changes have been attempted in the tales of Cinderella, Rapunzel, Snow White and even Aladdin. Many of these tales originated in China, found their way to middle east and then reappeared in Europe. At each appearance, they changed colours and subtle nuances of the tale. Back in India, traditionally, there have been infinite versions of stories of Ram and Krishna. Many add local flavours, others omit some unsavoury detail or end with very charming twists in the tale. In modern times, stories of Ramayan and Mahabharata have been written from the point of view of several different characters including women characters. Some of these retellings appeal to me. e.g. when they make women characters more independent, strong and significant or when the fairy tale princess is not only a blonde with blue eyes. (Writer Chimamanda Ngozi Adichie brilliantly sums up the sentiment of the danger of a single story here. )
But I thought of writing this post due to two attempts of retelling of myths/ stories, which I came to know in last few days. First was Luciano Garbati’s sculpture “Medusa with the Head of Perseus” which was unveiled on 13th October 2020 in Lower Manhattan. 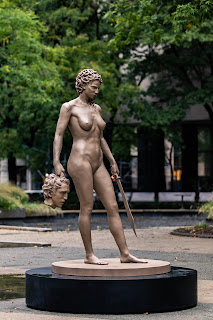 I do not think the sculptor has feminism or #metoo movement in mind when he inversed the sculpture. He stated that he was inspired by a 16th-century bronze: Benvenuto Cellini’s “Perseus with the Head of Medusa.( Perseo con la testa di Medusa)”  which stands in Loggia dei Lanzi, Florence In that work, a nude Perseus holds up Medusa’s head by her snaky mane. Mr. Garbati then thought of a sculpture that could reverse that story, imagining it from Medusa’s perspective and revealing the woman behind the monster. 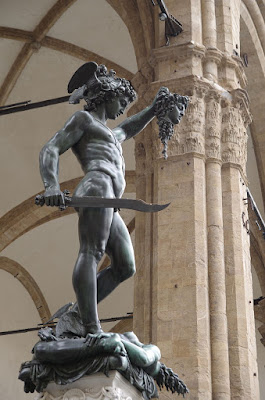 Well, undoubtedly, like many other myths whether Indian, Egyptian or Greek - the original Greek myth of Medusa offers plenty to be angry about. The monstrous being with snakes for hair starts out as a human woman, who Poseidon rapes in Athena’s temple. The goddess then punishes Medusa, the rape victim, by turning her into a Gorgon and exiling her. Perseus is later sent on an errand to bring Medusa’s head to King Polydectes. Equipped with a mirrored shield, winged sandals, and a special sack for her head, Perseus creeps up on Medusa while she lies sleeping, cuts off her head, and then uses it as a weapon for turning enemies into stone. No wonder, the retelling of inverted story by Garbati today provides a powerful symbol of women’s rage against violence and injustice.  While I do admire the symbolism of placing the Garbati sculpture in front of the court where many cases of crime against women including rape come for hearing. The timing too could not be better. World over the anger is coming to surface against ongoing injustices and most violent crimes against women. Except for the fact that I would have liked Medusa to hold heads of not only Perseus but also Poseidon, the man who raped her and even Athena, who punished the victim, I find the sculpture very powerful. It is a retelling of a tale we need in the world today. 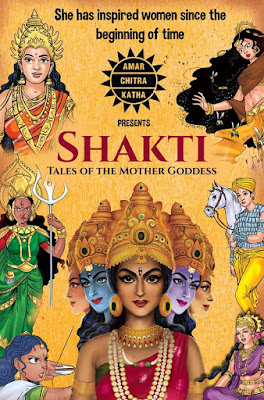 The second provocation for this post came from much closer home. I am an avid reader and collector of Amar Chitra Katha Comics. I always adored their titles and have written about my love for ACK in this blog also. Of late, I do not like the new titles as much as I like the old ones. the charm of hand drawn illustrations and the level of research has gone down over the years. Just by chance I came to an ACK title Shakti – the tales of Goddess, and while I can find many details either missing or incorrect in it, I loved this book. The book is very sensitive to the classic tales of mother goddess and also to modern sensibilities. Surprisingly, it was a good read.
These two retellings, made me think, why it is important for us to add new details in the old stories or to change the end of familiar tales. Is it our obligation to the next generation to tell them that the stories can have alternative endings too? or is it because the alternative stories were always in our minds and they just came out now? I think I agree with Mark turner who said -
“Narrative imagining — story — is the fundamental instrument of thought. Rational capacities depend upon it. It is our chief means of looking into the future, or predicting, of planning, and of explaining.”
I am sure with each new reader, a story adds another name to its owners who have every right to add their own narrative, their own experience, their unique prediction of future to it. Some of that may feature in other retelling and thus continues the tale. After all, after nourishment, shelter and companionship, stories are the thing we need most in the world.
Posted by Atoorva at 3:02 PM

Email ThisBlogThis!Share to TwitterShare to FacebookShare to Pinterest
Labels: Books I love, life, Stories, World around me 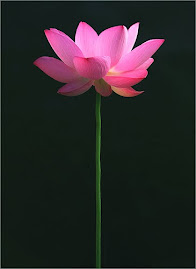 “As a lotus flower is born in water, grows in water and rises out of water to stand above it unsoiled, so should you be, born in the world, raised in the world having overcome the world, live unsoiled by the world”-Gautam Buddha 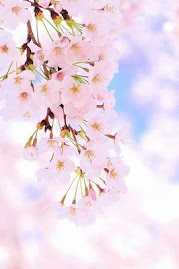 “Never be afraid to try something new. Remember, amateurs built the ark. Professionals built the Titanic.”

Atoorva
`Who are YOU?' said the Caterpillar. `I--I hardly know, sir, just at present-- at least. I know who I WAS when I got up this morning, but I think I must have been changed several times since then.' 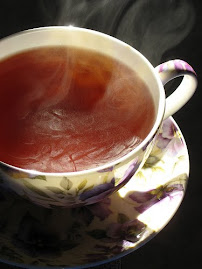 "Some of us are like tea leaves. We don't know our real strength untill we are in hot water " 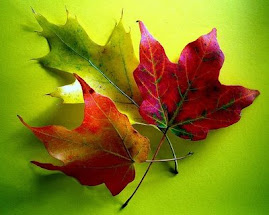 The Meaning of my words....

When I use a word,' Humpty Dumpty said in rather a scornful tone, `it means just what I choose it to mean -- neither more nor less.'
`The question is,' said Alice, `whether you can make words mean so many different things.'
`The question is,' said Humpty Dumpty, `which is to be master - - that's all.'"
`They've a temper, some of them -- particularly verbs, they're the proudest -- adjectives you can do anything with, but not verbs -- however, I somehow can manage the whole of them! Impenetrability! That's what I say!'

(From Through the Looking Glass , Chapter 6) 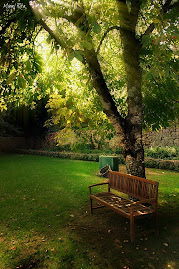 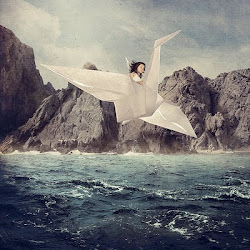 “What I want in my life is

to be willing to be dazzled —

to cast aside the weight of facts

and maybe even to float a little

above this difficult world.” 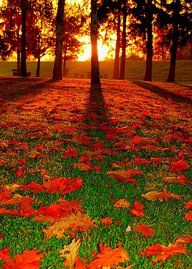 "Forget not that the earth delights to feel your bare feet and the winds long to play with your hair." --Kahil Gibran 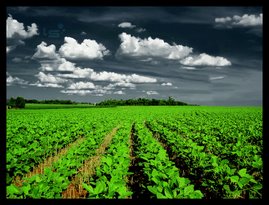 From "Alice in Wonderland"

“Would you tell me please, which way I ought to go from here?” she asked the Cheshire Cat.
“That depends a good deal on where you want to go,” the cat responded.
Alice replied that she really did not much care. The smiling cat told her in no uncertain terms:
“Then it does not matter which way you go.” 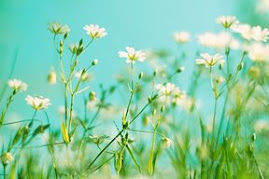 "Only those who will risk going too far can possibly find out how far one can go." ---T.S.Eliot 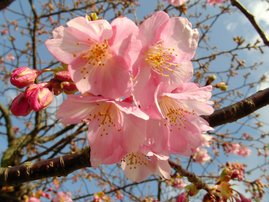 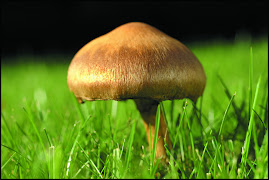 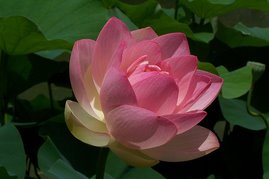 When life gives you a hundred reasons to cry, show life that you have a thousand reasons to smile. 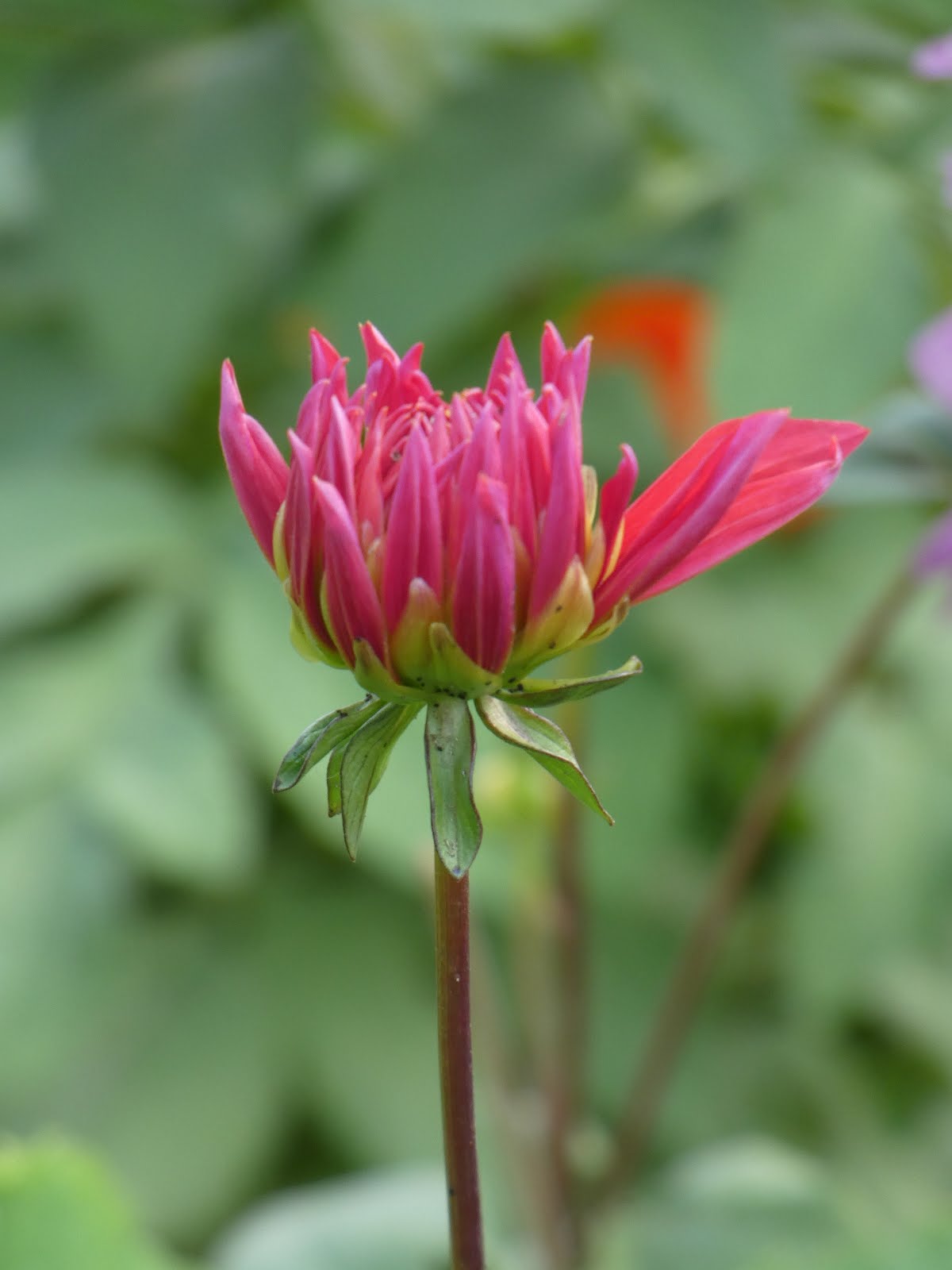 Sometimes I need only to stand wherever I am to be blessed. ― Mary Oliver, Evidence: Poems